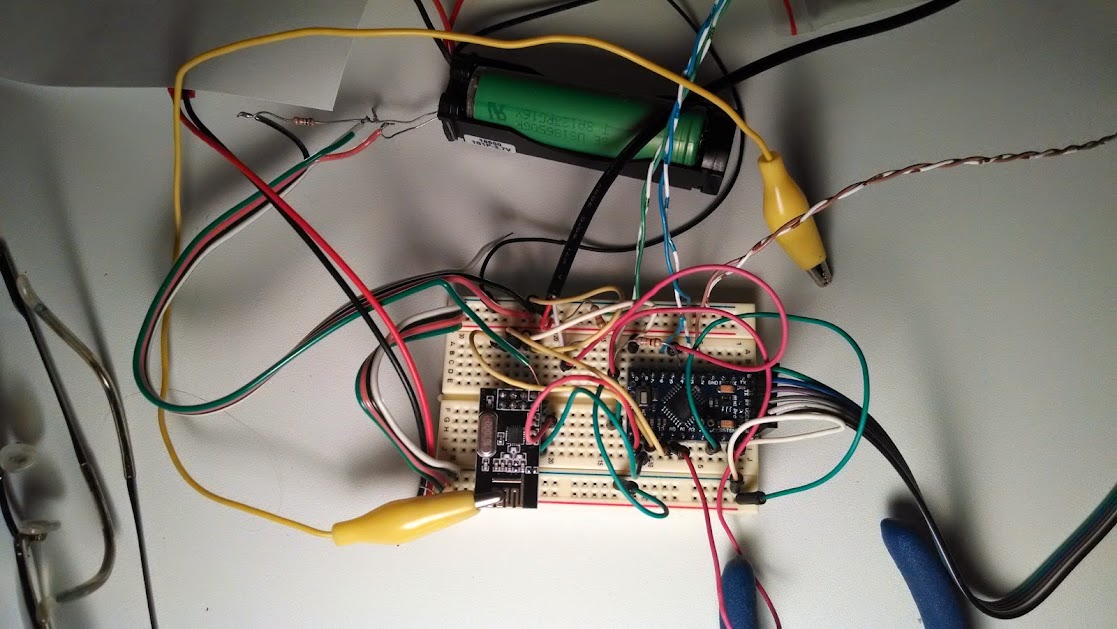 I set up shop in the living room so I could fiddle with he nrf24 radios and Arduinos between commercials on the TV.  I bought a few arduino 3,3v  pro minis and some radios with the zigzag antennas.  I loaded the example to test the radios out and all I got was failed and time out packets.  The receiver was getting the packets periodically but timed out in the ack part of the transmission.

The next thing I did was lower the transmission speed to 250k, but still no joy.  Thinking that there was a loose connection I pressed down on the radio and noted that it started completing transmissions.  It seemed if I touched the antenna on the board the transmissions completed - as soon as I removed them - they failed.

So power or antenna was the problem - rechecked the power and saw an alligator lead wire laying on the table and just clipped one on the radios antenna on the PCB and voila (it's yellow in the picture) - perfect transmission.  The was probably all kinds of mismatch between the antenna and lots of vswr - but it worked.

I am just wondering what would be a better way of putting a wire on the board to make a matched antenna.

update - it seems that a full wave antenna for 2.4ghz  is amazingly close to the length of the alligator clip length (~4.92 inches) - who have thunk it?
Posted by What I did was at 3:24 AM

I had this same problem but after creating a breakout board for the nRF24 and an Arduino Pro Mini. At first I thought it was a bad soldering job because I could push the nRF24 a little and it would start working. Turns out I was touching the antenna on the corner when I pushed it. I'm not having any problem using jumpers on a breadboard though. In fact, I had three going off breadboards and they worked great. I didn't have a problem until I made the PCB.